We were tasked with optimising the $1.5bn e-commerce function of Toys “R” Us as offline stores and leveraged debt bled the company into bankruptcy. As one of the first to invest in online in the 90’s, Toys “R” Us were still feeling the weight of legacy technology and needed lifted out fast.

Mobile optimisation appeared to be the primary opportunity so we shifted four separate sites into a single code base for one responsive site built with React.js. We rewrote the user journey with a UX/UI overhaul introducing a new product card system that would translate across every European market, 400,000 products and seven languages. Propelled by its new tech stack, Toys “R” Us saw record digital sales in Q4. Toys “R” Us eventually filed for chapter eleven bankruptcy - the only piece of the company that lived on was the online site, integrating Target as a fulfilment partner.

Cart Abandonment on Mobile decreased by

“Bringing on Dawson Andrews was crucial to our e-commerce success. We were missing a lot of opportunities and had little time to salvage it.” 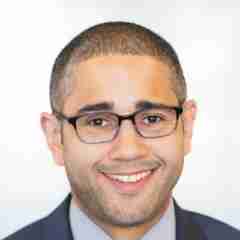 Reinventing the digital experience of a global conference